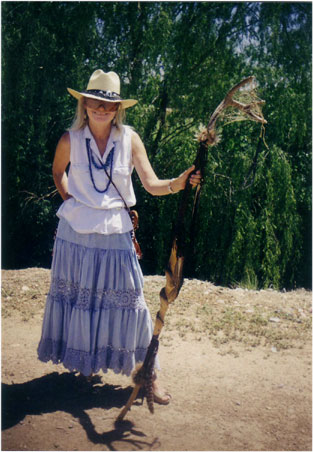 Author René O'Deay has a B.A. in Technical Journalism, News/Editorial and Broadcast News/Documentary Film, has been an investigative journalist, a newspaper and radio reporter, a photojournalist, and a professional photographer, operating an Old Tyme Portrait Studio in the Wild West and wilder New Orleans for 9 years. She has also been an entertainer, and has experience in dealing with the public, media, public relations and promotions.

Want to See Where I 'm From?

This is where my heart is: the beautiful Colorado Rockies, a Slideshow: The Rocky Mountains

My Son and I from the Good Olde Days 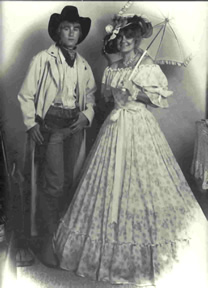 Journey to the Book: Sun Child, Prince of Egypt

I neglected my writing for many years,

Then the story of King Tut finally took hold.

I have greedily absorbed every novel about Ancient Egypt, particularly those about Tutankhamen. Am always disappointed in the novels about Tut or his notorious predecessor Akhenaten. In the best ones King Tut only plays a peripheral role, or the book ends up taking one of the extremely unlikely theories as its premise. Most novels show Tut as a helpless child at the mercy of regents and other powerful men.

If this were so, why was his tomb so stuffed with valuable fabulous things, "...wonderful things...", and then so miraculously protected down through the ages? Who was mainly responsible for his entombment?

Was it Aye? Or was it Ankhesenamen?

When I discovered the possible magical ceremony that dead Pharaohs and their heirs underwent, with the resultant power, knowledge and confidence bestowed on the new King, a new story began to take shape in my mind.

Suppose this magical ceremony conducted on the night of the death of the old King with the heir and the group of initiates who "Know the Secrets of the King...", actually transfered the consciousness, knowledge and magical power of the old king to the new king , which had to be performed immediately, within 24 hours, after the death of the old king. This transfer was something like the way the Dalai Lama of Tibet is reincarnated with the accumulated conscious knowledge of past lives.

And suppose this was the way Eternal Egypt was maintained for so many thousands of years.

After years of research, my obsession with Tutankhamen and the mysteries of his tomb really took off. More of the inscriptions on the artifacts found in his tomb had been translated and began to be revealed to the public. New tests and new documentaries with new information and clues were released.

Researched since the sixties, even the wildest theories examined, but most did not make sense, from Velikovsky, Judith Tarr, Cecilia Holland, M---- m---- . But a couple did hit home.

...that Prince Tutankhaten was considered by many to be the true heir, the true king, to follow Amenhotep III.
... that the coRegent SmenkhKare was secretly building or refurbishing a temple to Amen-Re and conducting foridden religious rites in Thebes, Southern On.
... that Pharaoh Ahkenaten turned violently against Magic and the other gods after his father died.
.... that King Tut established his major capital in Memphis not Thebes as many claim.
... that the firstborn child of Amenhotep III and Queen Tiye, Prince Thothmes, died at a young age.
... that Amenhotep III began the exaltation of the Aten even before the CoRegency with his son, Amenhotep IV later known as Akenaten, began.
... that Tutankhamen and Ankhesenamen still held reverence for the Aten even after re-establishing the old religions of Egypt, as evidenced in his tomb.

Regardless of these inspirations and all the new info released about Tut and his predecessors and those who came later, I still had major problems with the plot. Like who were the parents of Tut, and how did Tut become King when Akhenaten and Smenkhkare were still so young?

What could have happened? Even the most distinguished Egyptologists and scholars were divided by conflicting theories.

Then the Muses came.

One of the Many Clues leading to this story:

Regarding the mystery of the desecrated coffin found in KV55, the name of the tomb found in 1907 in Valley of the Kings, many Egyptologists believe that it was probably the body of SmenkhKare, since tests revealed the bones of a young man in his early twenties and a possible blood relation with Tutankhamen.


Want an idea why SmenkhKare's face was ripped off his coffin? ...with just one eye left?

Here's how I got The Major Clues to this controversy:

The Story of the Magical Mystery Muses

But the story doesn't end there, other visions revealed to me include the important part played in Tut's reign and after by Queen AnkhesenpaAten, who changed her name to Ankhesenamen when Tut changed his to Tutankhamen, and the drama surrounding his fatal injury.

Adventures, intrigues, restoring order to the torn Kingdom and Empire, attempts on their lives, romance....

You'll just have to wait for The Scorpion Queen, Book Two of the Tales of King Tut.

In the Meantime, You can order Book One, Sun Child, Prince of Egypt, Now!

Do you want to find out how the nine-year-old Prince Tut became King of Egypt?

Services and Sample Articles and Photos